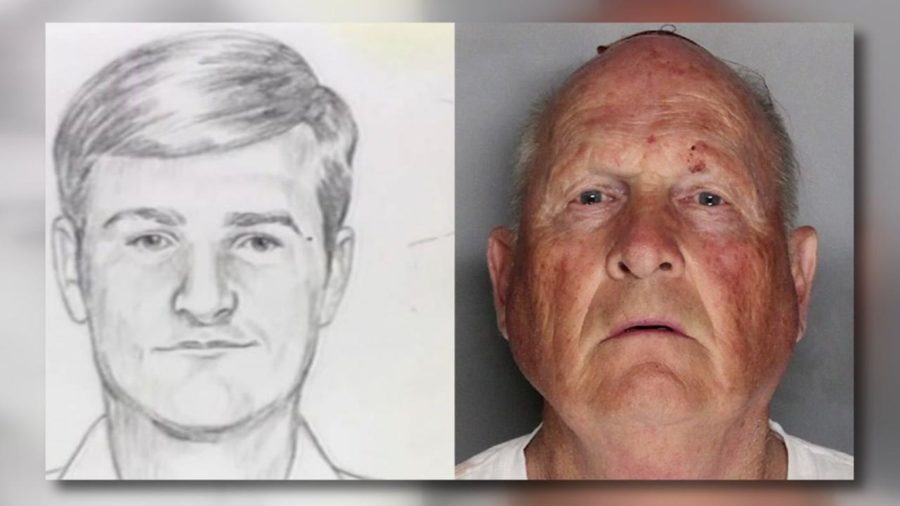 Former police officer turned serial killer, Joseph James Deangelo was arrested on April 24, 2018 for crimes committed in the 1970’s and 1980’s. The so-called “Golden State Killer” is being accused of 50 counts of rape and a total of 12 murders.

In 1973, officer Joseph Deangelo worked as a cop for three years in Sacramento, California. He was a navy veteran who had served in Viet Nam. He was fired in 1979 after shoplifting a hammer and dog repellent.

On June 18, 1976, in California’s capital city of Sacramento, an intruder entered the house of a 23 year-old women, where she awoke to find a man looming in front of her naked from the waist down. The intruder, Deangelo attacked her, bound her hands and then raped her at knife point.

She was the first victim of monthly acts. There was first a victim in June, and then in July, continuing on for years during which the attacker soon became dubbed “The East Area” rapist by the media.

Then Deangelo began to change his attacks by killing his victims, starting in the middle of 1979.

The attacks in the Sacramento area stopped on July 5th but continued in different locations, such as Santa Barbara, Ventura, Goleta, Orange, Stanislaus, Alameda to name a few –  all located in California. These lasted until 1986, after which the attacks stopped all together.

These cases were not linked during the initial investigations.

The “East Side Rapist,” “Visalia Ransacker,” “Original State Walker,” and “Diamond Knot Killer” –  are all names associated with the rapes and killings that happened in California. After more investigations, putting it together piece by piece, they were later discovered to all be the same person.

The case turned cold for decades and for 30 years investigators searched for the man responsible. Until April 24. Joseph James Deangelo. Jr was accused of killing at least 12 people and raping nearly 45 women. He was charged with eight counts of first degree murder.

Before being found, Deangelo lived with his family in a comfortable Sacramento suburban home under no suspicion. He is a divorced father of three and was living with a grandchild and a daughter.

Paul Holes, an investigator and DNA expert, according to Washington Post, “used a novel tool in GEDmatch, a no-frills website that allows users to upload their genetic information and search a database of roughly 1 million profiles for possible family connections.”

“We found the needle in the haystack,” Holes says. After matching Deangelo he was arrested and taken into custody. When approached by officers for his arrested he simply said, “I have chicken in the oven.”

For decades people were tormented at night by memories of this man and now they can sleep peacefully knowing that he is in custody. And for Visalia police they say the suspect has been “the ghost we’ve been chasing.”