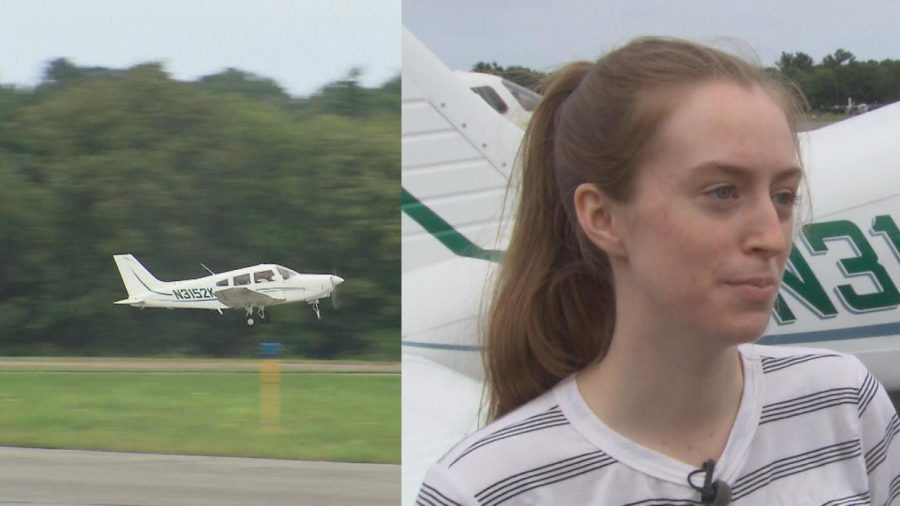 On September 10, 2018, Maggie Taraska, seventeen year old student pilot, landed a plane during her first solo flight in Beverly Hills, even though the plane was missing a wheel.

Taraska departed from Beverly Regional Airport before 5 p.m. on Sunday. This was her first cross country solo flight; she was on her way to Portland Maine. The right wheel came off of the plane, a single-engine Piper PA28 during takeoff.

Taraska heard the noise of the wheel.

“I heard something and I kinda just felt something was wrong instinctively,” she said.

As Maggie Taraska continued to fly the plane, nervous about what to do. The only thing that got her through the flight were the words her flight instructor, John Singleton.

“In the recording you can hear the stress in her voice,” Singleton says in a camera interview. “I was telling her to keep calm and fly as normally as possible…remember her training.”

After John’s words, Taraska continued to fly the plane in circles until she safely landed in a field. The only physical damage was to the plane itself.

At a press conference, Taraska was able to talk about what happened and she didn’t seem as nervous anymore. While talking about the event she says “You have to have confidence in your ability if you’re going to be a pilot, so I knew that I had practiced emergency procedures plenty of times, and I knew that if I tried my best and I kept a cool head, there would be the best outcome possible.”

The Federal Aviation Administration is investigating the cause of the wheel falling off the plane.