Hurricane Florence weakened, yet still one of the strongest hurricanes to hit the Carolinas in years 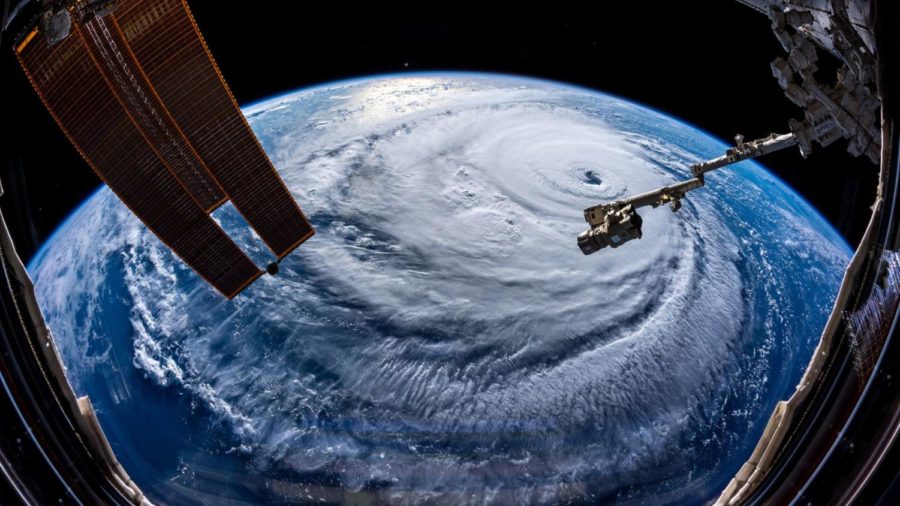 Hurricane Florence weakened from a predicted Category 4 storm to a Category 1 storm on late Thursday while making its way over to North and South Carolina.

The now classified Category 1 storm was recorded to have 90 mph winds early Friday. Florence has been predicted to move at a speed of 6 mph making its way west.

Scientists and meteorologists had predicted the storm to deliver 15 to 25 inches of rain and, in the coasts, up to 40 inches.

Hurricane Florence has been said to be the most life-threatening storm to hit the Carolinas since Hugo in 1989. Coast-living Carolinians have been encouraged to evacuate the area due to the predicted storm surge, flooding, and coastline damage.

Florence was categorized as a Category 1 based on the air pressure and wind speed of the hurricane, however, it still caused mass damage.

“Damage depends on whether it is over water, land, or in this case, both at the same time,” said Jennifer Barbarito, a science teacher at Naugatuck High School.

Despite the fact that this hurricane was classified as a Category 1, it brought mass destruction due to that fact–the hurricane was accumulating water while also making its attack on the Carolinas.

More than 400,000 residents in both Carolinas had been reported to be without power. Panicked residents have cleared the grocery stores shelves of food in fear of the damage Florence would bring.

Some residents have complained that because of this, claiming that the stores and gas stations which they are purchasing their supplies from are price-gouging for profit.

The storm weakened enough to be considered a “Tropical Storm” by late Friday; however, flooding persisted.

Despite the decreasing intensity, numerous people, including an infant, have lost their lives in the storm due to the excessive flooding and fallen trees. The massive flooding is still slowly draining out of the Carolinas.

Both Carolinas were left in pieces, destroyed harshly by the wrath of Hurricane Florence. Governor Cooper of North Carolina has responded to the destruction, saying, “we’ve got a tall task ahead.”

Though Florence may have passed, the damage and destruction it brought still remains as thousands of residents remain in shelters.