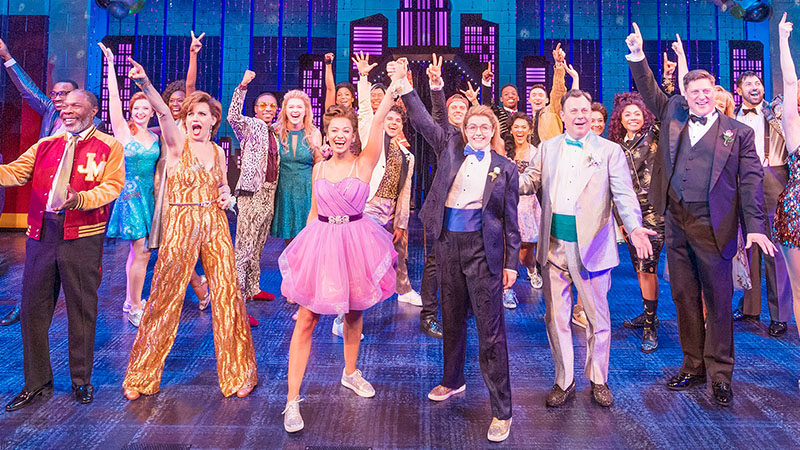 On Thanksgiving Day, the traditional “Macy’s Thanksgiving Parade” aired with a new musical: The Prom, though this time, they decided to include a lesbian kiss, which ignited fires with many conservatives.

The parade delivered justice and progression for the LGBTQ+ community when in the finale of the performance, “Time to Dance”, actresses Caitlin Kinnunen and Isabella McCalla exemplified their fictional love with a kiss. This was not only the highlight of their characters’ Prom, as many viewers felt this was an outstanding performance and an important moment for the LGBTQ+ movement.

One fan tweeted, “Even ten years ago, that wouldn’t have happened. Despite everything terrible in the world, that progress like that can happen gives me hope love can still win.”

Though a great amount of joy, enthusiasm, and pride were shown in the reaction to this courageous inclusion, many watchers reacted with disturbance and did not hesitate to express their disgust in tweets.

One tweeted, “It is sad I just had to change the channel from the #macysthanksgivingdayparade because my 5 yr old is asking me why the girl is wearing a tie and holding hands with the other girl during the ‘The Prom’ number.”

Not only parents, but conservative groups reacted to this, as “ForAmerica” tweeted, “Millions of small children just watched two girls kiss and had their innocence broken this morning. @nbc and @Macys just blindsided parents who expected this to be a family program, so they could push their agenda on little kids.”

Though just as much hate came out of the performance as excitement, the producers (Casey Nicholaw, Matthew Skylar, Chad Beguelin, Bob Martin) for The Prom were not phased by it in the slightest bit.

“Broadway’s The Prom is grateful to Macy’s and NBC for their acceptance and inclusivity of a community and a story that is about acceptance, tolerance, and love,” said Bill Damaschke, Dori Berinstein, and Jack Lane, the musical’s producers.

“These are some of the themes reflected in our musical comedy and we are very proud to be the very first LGBTQ kiss on the Thanksgiving Day Parade.”

Despite the fact that this was the first homosexual kiss to make Thanksgiving Day Parade history, it was not the first kiss to make NBC history, the channel which the parade is aired on. 18 years ago in 2000, before LGBTQ+ even had rights to marry, NBC aired the first homosexual kiss in a scripted program. It seems their attention and courtesy to the LGBTQ+ community has not faded, and hopefully never will.