RBG is exactly the hero we need 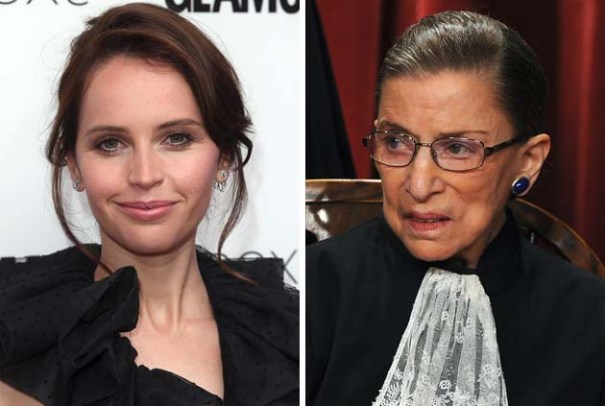 “On the Basis of Sex” is exactly the movie we needed to close out the 2018 year. Not only does it tell the true story of Supreme Court Justice Ruth Bader Ginsburg, but it’s an empowering and inspiring film that tells the story of fighting for gender equality through the justice system in the cusp of great social change.

“On the Basis of Sex” takes place on the cusp of the women’s liberal movement, following the topic of how gender discrimination was legal in the United States. The movie follows Justice Ginsberg’s education through law school, her time teaching as a law professor at Rutgers University, and her first cases such as Moritz v. Commissioner of Internal Revenue and later Reed v. Reed.

The first half of the movie follows Ruth’s journey from Harvard Law to her early career in law. Only one of six women attending Harvard Law in 1956, Ginsberg fights to be heard in the classroom as the professors refuse to call on her. Her drive to learn is powerful as well as motivating, as she is constantly pursuing knowledge despite already being the smartest person in the room.

Ruth also does what most would consider nearly impossible: taking on Martin’s classes as well as her own when he is diagnosed with testicular cancer. While he recovers at home, she writes his papers and takes on double the workload while also caring for their daughter Jane.

After transferring to Columbia University to finish her law degree, Ruth graduates at the top of her class. Despite her success in school, no law firm will hire her because she is a woman.

In 1970 Ruth is a respected law professor at Rutgers University, where most of her students are young women involved in the women’s liberal movement. Her husband Martin, a tax attorney, shows her the case of Charles Moritz, a bachelor who wasn’t given deductibles in his taxes because he hired a caretaker to help with his ailing mother. Ruth takes an interest, because it is an evident case of gender discrimination in the legal system.

With the help of her family, colleagues, and the ACLU, Ruth takes on what she hopes will be her first of many cases dealing with the law discriminating on the basis of sex.

“It was fascinating to see the events building towards Reed v. Reed enacting gender equality into the law. However, this film duly illuminates how far women have come and how far we still have to go.” Hannah Lauer, a political science major at Fordham University, told The Greyhound News. Lauer has looked up to Justice Ginsburg throughout her educational career, and inspires her to work hard towards her goal to become a lawyer.

What is so special about this movie is the complex relationship between Ruth and Martin Ginsburg. They rely on each other, but are not completely dependent on each other. They both play an important part in their children’s lives, and sends the message that you can have a career and a family. The chemistry between Jones and Hammer is so distinct that their unfailing support for each other as actors fits their characters perfectly. Marriage is teamwork between both partners, and does not rely more on one person or the other.

The movie ends with Ruth (Felicity Jones) climbing the steps of the Supreme Court, cutting to the actual Justice Ginsburg climbing those same steps and making it to the top.

This last onscreen moment captures the feminist movement with surreal emotion. We all want to make it to the top of those steps and break through the glass ceiling. The climb will be a long and arduous fight, and there will be times when it feels like we’re going backwards. However, once we reach the top, and there is no doubt that we will, the fight will be completely worth it.

Thank you, Justice Ginsburg, for your voice, your strength, and your willpower to seize not only your destiny, but the destiny of women for generations to come.