Celebrating Women’s History Month – the woman who runs the district 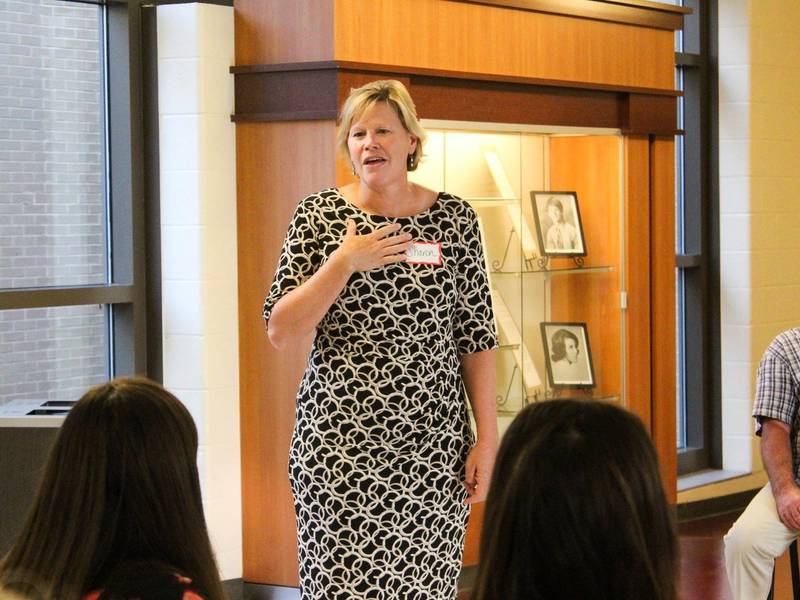 Naugatuck High School is overflowing with influential women throughout our halls and in our classrooms who work hard to keep the school a safe learning environment, and one of those women is Superintendent Sharon Locke.

National Women’s History Month began on March 1st and ends March 31st. National Women’s Month was created to celebrate all women in the country. Whether they have majorly contributed to history, culture, or something even more special like being a mother or a teacher. Many times throughout history to the present, the efforts of women are deeply underappreciated, but this month was created to change that.

Superintendent Locke has been working in the Naugatuck School District for four years.

Dr. Locke has had a total of 23 years in education, including a Sixth Year Certificate in Education Leadership from SCSU and is currently enrolled in a doctoral program at New England College. She says that her parents were both teachers and inspired her to pursue a career in education.

She says that she wanted to become a superintendent because she is a natural born leader. She believes she has a strong work ethic and strong voice of equality. Overall, she wanted to influence teaching and learning as the leader of a district.

However, Dr. Locke also has women in her life that have inspired and empowered her.

“My mother was a strong, smart and capable woman. She definitely inspired me to have a voice and be heard. My paternal grandmother always encouraged me to be myself. My sister who is two years older than I am also was a great role model of courage and independence. She traveled to Ireland after graduating a year early from high school. She went on to get her doctorate.  I am so proud of her and glad she was such a great role model for me.”

One of the reasons that Superintendent Locke should be honored is because she does not intentionally inspire, she just does.

“I hope that I am a role model for them. It is not something I do intentionally, but I hope they see me as a role model. I try always to conduct myself as a professional woman who cares passionately for our district and for each and every student here,” Locke told The Greyhound News.

Even though Mrs. Locke does not realize that she is a role model, I would just like to make it clear that she is. The position of Superintendent is the most important job in the education field, and the fact that the position is being dominated by a female makes the prestige and achievement even greater.

Growing up, Mrs. Locke agrees she had women in her life to inspire her, but she also received mixed messages. She was told that she should get a college degree so she had “something to fall back on if something ever happened to my husband”. She was told that she needed to find a husband and raise children, but she never fell in line with the stereotypes that women were subjected to.

Locke was willing to admit that she has faced adversity on her way to her career, but she has not let it deter her.

“Adversity comes with life’s journey. During my career, I became a single parent when my husband died unexpectedly. It was very challenging to balance the needs of my son and my career. I learned that I had so many people in my community and in my family who were there to help and support me. I had to get comfortable to accept the help.  That experience helps me to lead with a string value for teams. I believe we depend on one another immensely in our work…and in life.”

She is an example of what happens when you persevere through the obstacles thrown in front of you. When she was facing a hurdle in her career, she just knocked it down to achieve her goal.

I think that I speak on behalf of all of the Naugatuck school district when I say that we all deeply appreciate the work that Superintendent Locke has put in to ensuring that all schools are a safe, nurturing and creative learning environment for all its students. With the work and effort that Superintendent Locke has put into our schools, the students are able to pursue their dreams and succeed in their future endeavors.