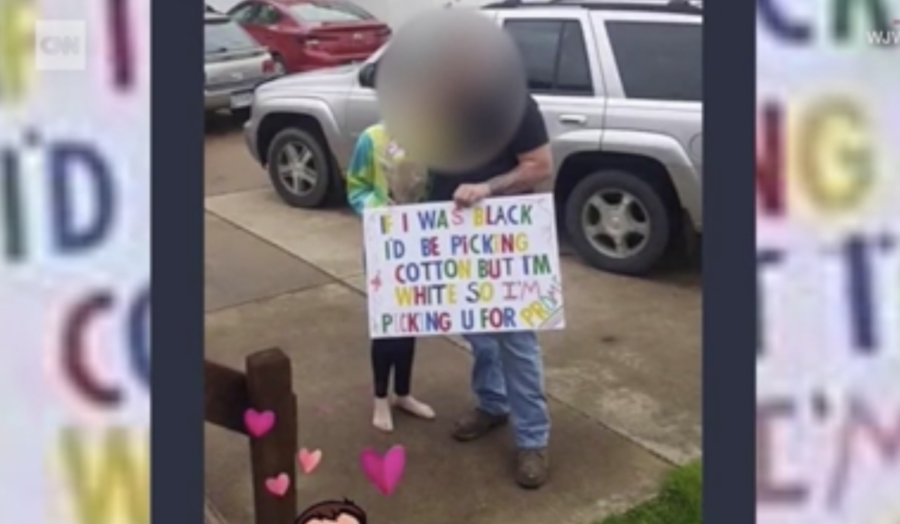 It is finally prom season–the season of finding the “right” dress, calling hairdressers, trying on multiple tuxedos, and, most importantly, the adorable promposals that we all wish to witness. However, in the case of this Ohio boy, his promposal to another young lady was not so adorable, and many most likely wish that they did not witness it.

The boy decided to prompose to his crush with a sign that detailed, “If I was black I’d be picking cotton, but I’m white so I’m picking u for prom.”

There are so many other ways that this young boy could have said he’d like to take this girl to prom–many of which would be much more romantic rather than referencing slavery as if it was a joke or humorous in any way. Considering the fact that he did not know how to correctly spell “you,” it seems possible his vocabulary may not have been advanced enough to think of an actual clever, sweet way to prompose to his crush.

School officials from Clear Fork High School did not tolerate this in the slightest possible means (rightfully so), banning the student from attending his high school prom. What seems more surprising is the fact that this young woman seems to have said yes to the promposal from the picture taken, while I know many other teenagers, including myself, would be absolutely disgusted with a promposal that is worded like this.

Superintendent Janice Wyckoff spoke on this, stating, “I want to make it clear that our school district is disappointed in this situation.”

“Our student body should not be defined by a single act of a student, who did not think his action through. This is a teachable moment for this student in particular and for all students.”

It is unclear whether this young man will face any disciplinary consequences from the school yet; however, this is not the first time a school has seen this exact same promposal sign. Last year, a boy who was a senior attending Riverview High School made the same exact racist sign, and immediately faced utter backlash for asking his crush in such a demeaning, disgusting way.

Even though the same exact sign was used by this boy from Florida last year and it clearly was not approved by the public in any way, this Ohio high school student still believed it to be a brilliant idea and pursued it anyway.

At the very least, the student from Florida had the decency to apologize and decided to not attend his prom in the form of self-discipline for his actions. Unfortunately, we cannot say the same about this student from Ohio.