Boston crumbles in fourth, falls to Miami in a grueling six game series 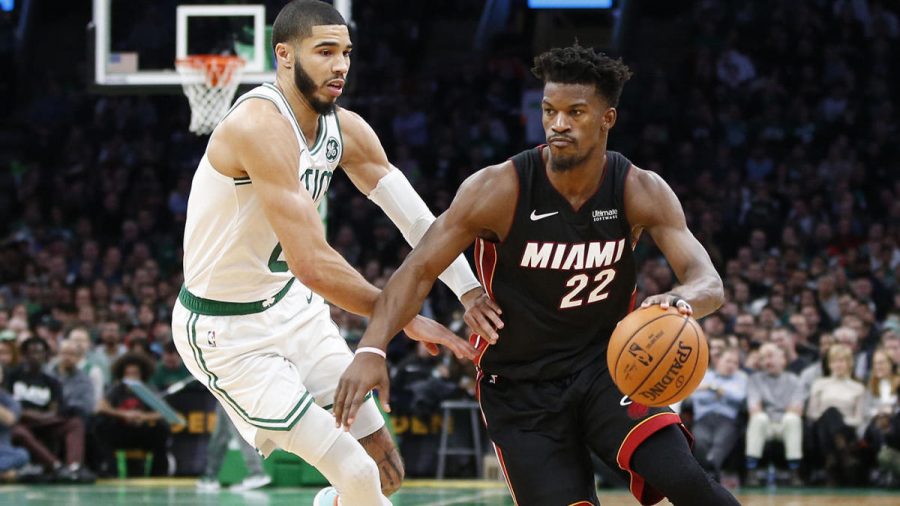 Lake Buena Vista Fla.– If the NBA Bubble has shown us anything in the last few months, it’s that things are far from normal.  The Eastern Conference Finals showed much of the same, with the five seeded Miami Heat taking down the Boston Celtics, who blew double digit leads in three of four losses in this six game series.

At the start of the season, had someone said that the 2020 Eastern Conference Finals would be a war between the Boston Celtics and the Miami Heat, they would have been labeled as lunatics.  Now, it it easy to see how these two grit and grind teams ended up facing off during won of the most bizarre seasons in NBA history.

Miami had just come off a dominant five game series against MVP Giannis Antetokumpo and the one seeded Milwaukee Bucks.  One the other side of the East’s bracket, the Boston Celtics barely survived a seven game bloodbath with the defending champion Toronto Raptors.  The stage was set for one of the most enticing series of the playoffs thus far.

Game one set the tone for what would be a tremendous series of playoff basketball.  After building and maintaining a double digit lead entering the fourth quarter behind stellar play from Marcus Smart and Jayson Tatum, the Celtics let their foot off the gas, and Miami made them pay.

They came roaring back in the fourth, taking a one point lead with 22 seconds to go.  However, after a savvy play by Marcus Smart, drawing an off ball foul, Jayson Tatum hit the free throw to tie the game, and the Celtics were given the ball to try to end it.  However, poor late game isolation became the cause for a missed 27 footer that would send the game to overtime.

Overtime was ultra competitive, with the Celtics trailing by two with under ten seconds left.  Jayson Tatum, who led the way for Boston with 30 points and 14 rebounds, drove to the rim for a dunk when he was met up top by Miami’s Bam Adebayo, who send the shot back with one of the most iconic blocks in NBA history.  The underdog Miami Heat have led on to win game one.

Game two was much of the same, as the Celtics blew yet another double digit lead, and fell to the Heat in game two, 106-101, behind tremendous performances from Goran Dragic and Bam Adebayo.  The real drama was after the game, when ESPN’s Malika Andrews heard shouting, swearing, and objects being thrown in the Celtics’ locker room.

The same sentiment was echoed by the rest of the team.  There was one thing that was clear, however:  Boston had their backs against the wall and game three was a must win.

In game three, Gordon Hayward returned from the grade three ankle sprain he suffered in round one against Philadelphia.  They were now at full strength and playing for their playoff lives, and they acted like it.  They came out aggressive from the jump, repeatedly attacking the rim, looking for easy baskets. Their relentlessness earned Boston a 117-106, giving the team hope.

In game four, Miami needed a hero to prevent Boston from tying the series at two.  That came in the form of Tyler Herro.  He exploded for 37 points, taking over in the fourth to fend off the Celtics, earning a 112-109 win.

With the Celtics now officially facing elimination, they came out and played their brand of basketball in game five.  After starting the second half trailing by five, the team caught fire, and outscored Miami 71-50 in the second half to earn a 121-108 victory led by young stars Jayson Tatum and Jaylen Brown, who combined for 59 points.  Now…it was time for a pivotal game six.  One where Miami could put Boston away, or the Celtics could even up the series and take the momentum going into game seven.

Early in the game , it looked as though it would be one of the most classic playoff battles that these two teams have had in their history.  The Heat held on to a three point lead at half time, led by their allstars, Jimmy Butler and Bam Adebayo.  With about three minutes left in the third quarter, Tyler Herro hit a jumper to put Miami up 84-76, and it looked as though Boston was slowly letting the game slip away.  However, Jaylen Brown and Kemba Walker scored 10 straight points for the Celtics, and the team ended the quarter on a 10 to 2 run, now only trailing by 2.

At the start of the fourth quarter, Boston came out swinging, as they put up 8 quick points giving them a 6 point lead with about 9 minutes remaining.  This is when everything started to unravel for Boston.  What followed was a 26-6 run for the Heat.  Bam Adebayo’s relentless finishes at the rim allowed the floor to be opened up for one of the best three point shooting teams in the league, and Miami took full advantage.  It didn’t help that during this same time frame, Boston forgot how to put the ball in the basket.  Long story short, the fourth quarter was abysmal for Boston and they ended up falling in game six, 113-125.  Miami had now punched their ticket to the NBA Finals, where they would try to continue their cinderella story against the Lebron led Lakers.  For the Celtics however, it was a bitter defeat in a season that was most definitely their best chance to win a championship in about a decade.  While some might have though this would be reflected in post-game press, it turned out to be the opposite.

“I really loved and enjoyed playing on this team,” said Boston forward Jayson Tatum, “There’s a lot of guys who were much better this season.”

Other star forward Jaylen Brown held the same type of positivity, saying, “Obviously we felt like we underachieved, but still no reason to hang our head.  I think we’ve got a really good group.”

It is very clear that they are optimistic about their future, and they have a right to be.  They are one of the brightest young teams in the league.  However, this season has shown that there are holes that need to be filled if they want to make the final jump next year, whether it be bench depth, the center position, or both.  So, while the Heat celebrate a premature finals berth and prepare for a decade on top of the league, Boston will be in the midst of what could be the most important offseason for the team in recent history if they wish to join Miami on that pedestal.