Trump ad uses Fauci’s word; Fauci says he was taken out of context 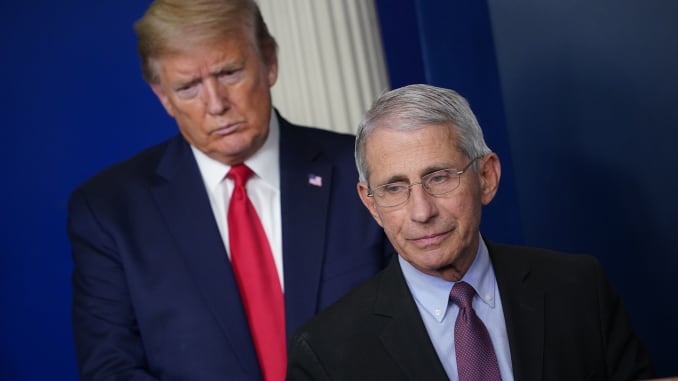 On October 11, Dr. Anthony S. Fauci told CNN that he did not consent to appear in President Donald Trump’s political ad and that his words were taken out of context.

The ad praises President Trump and his task force for their response to the pandemic and mentions his personal experience with the deadly virus. The ad then quickly flashes to an interview with Dr. Fauci.

“I can’t imagine that anybody could be doing more.”

Fauci claims he was not actually praising Trump’s response; he was showing his esteem for the science professionals who were fighting the virus.

“In my nearly five decades of public service, I have never publicly endorsed any political candidate. The comments attributed to me without my permission in the GOP campaign ad were taken out of context from a broad statement I made months ago about the efforts of federal public health officials,” Fauci told CNN.

“I believe that politicians should always ask permission before using another person’s words for their own benefit because words can easily be twisted into something that they were not meant to be. Whether it’s making another politician look bad or making the person who said the statement look bad, it is not appropriate for anyone of such power to do without an OK prior to using said statement,” said Emily Sturtevant, a sophomore at NHS about any governmental leader using the words of another person.

Since then President Trump has attacked Dr. Fauci in a leaked conference call with campaign staff. Trump said that Fauci’s a “disaster” that people were “tired” of hearing about the virus from “these idiots” in the government.

Dr. Fauci dismissed Trump’s words as a “distraction” in an interview with Southern California AM radio station.

“I would prefer not to comment on that and just get on with what we are really trying to do and what we are trying to do is to protect the health and welfare and safety of the American people predominantly, and ultimately, of the world. We are seeing an uptick in cases — higher than they’ve ever been. Many, many states that had been doing reasonably well are now showing upticks, that’s what we should be concentrating on.” Fauci tells interviewers when asked to comment on Trump’s attack.

He explained that he doesn’t want to create a “me against the president” mentality calling it ultimately unhelpful.