Is the artemisia plant the hope of the world? 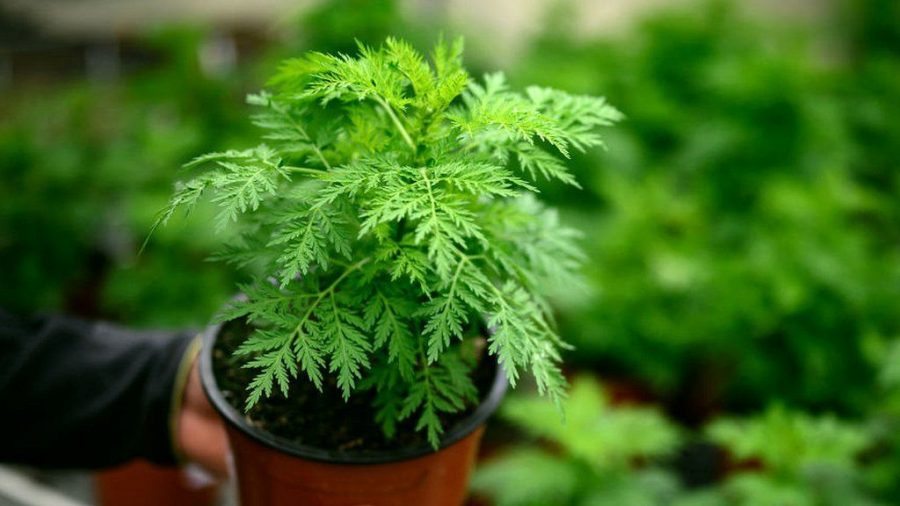 A possible cure for malaria is being investigated in an Asian plant called Artemisia. The plant has been used in traditional Chinese medicine for over a century.

Malaria is an infectious disease potentially fatal caused by several species of parasites such as the mosquito belonging to the genus Plasmodium.

The parasite is transmitted to humans through the bite of infected mosquitoes.

Malaria has affected 228 million people and killed around 405,000,  people above all in sub-Saharan Africa.

Artemisia is presented as one of the possible cure that can solve the problem of malaria in Africa. The use of artemisia, a plant cultivated in particular in Côte d’Ivoire.

While its effectiveness is still being researched, many in the scientific community are skeptical and are worried about possible side effects.

Congolese researchers conducted a clinical study in the Democratic Republic of the Congo on 1,000 patients, to compare the classic treatment with the Artemisia  plant.

According to studies which were carried out on 957 infected patients in the Democratic Republic of Congo, there are only 950 patients who recovered from malaria and 7 patients died.

In Cameroon, a major campaign was carried out to educate people with  oral skills in the villages to help sell the planet. For 1,000 CFA francs ($ 2), they could buy the Artemisia plant and plant it outside their house.

On the other hand the Cameroonian government wants to cultivate more plant Artemisia in their country to better idea and treat the population and to do research on the plant, because some scientists believe that the plant Artemisia can cure cancer.

Many in the scientific community are convinced that artemisia is a plant which, used in its entirety, could eradicate the disease.

Scientists say it is very rare to have side effects.  Various side effects have been reported, such as stomach and intestinal upset: nausea, vomiting, diarrhea, abdominal pain. There were also a few cases of dizziness, tinnitus and itching.

If you think you have this side effect contact your doctor or go to the near hospital.

For the Madagascan Doctors’ Union, it is impossible to confirm the effectiveness of the remedy in any form without the publication of official scientific study results.

The plant near the capital Antananarivo can produce up to 32,000 small vaccine bottle per day and already has a stock of 275 million.

Since the start of the pandemic, Madagascar has recorded 16,493 cases of Covid-19 and 232 deaths for 25 million inhabitants.

In Germany, scientists have launched in vitro studies to test the effectiveness of plant Artemisia against  Covid-19.

The team evaluated its activity against Covid-19 in a monkey lung cell model, and suggested that Artemisia herbal teas may have an antiviral effect.

Furthermore, the hypothesis of an anti-inflammatory effect of the plant has been put forward, but no clinical data has yet to support it.

These results should therefore be taken with caution, especially since no quantitative data on the extent of the antiviral effect has been shared and nothing has yet been published.