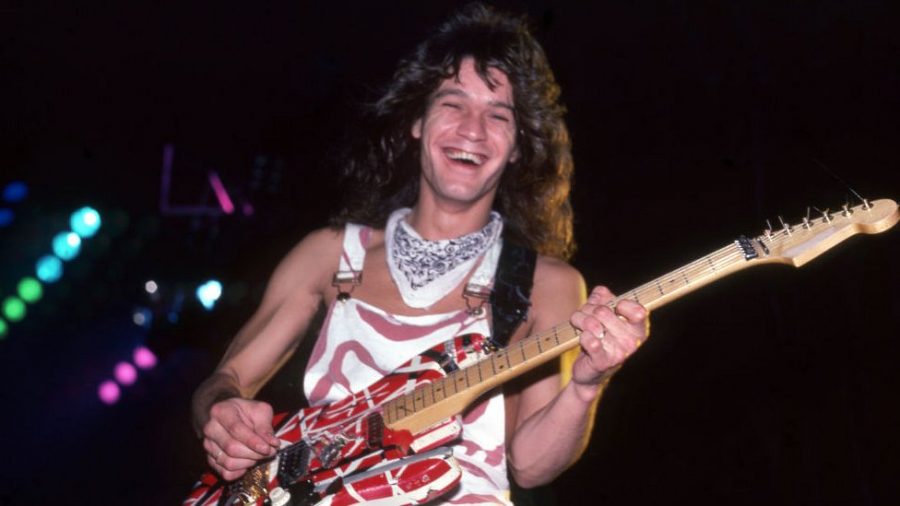 Eddie Van Halen, guitar virtuoso and co-founder of the iconic rock band Van Halen, passed away October 6, 2020 in Santa Monica, California after a long battle with cancer at age 65.

His son, Wolfgang Van Halen, announced his death in a note posted to Twitter. “I can’t believe I’m having to write this but my father, Edward Lodewijk Van Halen, has lost his long and arduous battle with cancer this morning. He was the best father I could ever ask for. Every moment I’ve shared with him on and off stage was a gift.”

He first confirmed he had tongue cancer in 2001, telling his fans that he would overcome the disease. He was treated, resulting in the removal of nearly a third of his tongue.

He was declared cancer free in 2002, however, he then began his battle fighting throat cancer.

In the final 72 hours of his death, Van Halen’s ongoing health battle became increasingly arduous. It was determined that his lung cancer had spread to his brain as well as other organs.

The renowned guitarist had been battling cancer for over a decade, moving in and out of the hospital throughout the year and recently undergoing a round of chemotherapy.

Eddie Van Halen passed away in St. John’s Hospital in Santa Monica, California surrounded by his wife Janie, his son Wolfgang, his ex-wife Valerie Bertinelli, and his brother and Van Halen drummer Alex.

Born in Amsterdam, Netherlands, Eddie Van Halen was the son of Eugenia and Jan Van Halen, a clarinettist, pianist and saxophonist. The musical talents of his parents were influential in his upbringing and rubbed off on Van Halen, who was taught to play piano as a child.

When migrating to Pasadena, California in 1962, the family traveled with a piano on the boat.

As he grew up, he began to play the drums and guitar, playing alongside his brother and father at bar mitzvahs and weddings.

In the early 1970s, he co-founded Van Halen in Los Angeles. He was the lead guitarist, his brother Alex played the drums, Michael Anthony was the bassist, and David Lee Roth was the lead singer.

Van Halen was said to be the driving force behind the song-writing of their eponymous self titled debut album. The album released in the early months of 1978 and quickly shot to the top of the Billboard charts, landing at number 19. It was soon recognized as one of the most successful debut albums of the decade.

Van Halen’s success skyrocketed with the release of their sixth studio album, 1984, displaying his focus on synthesizers over guitars. This album produced many popular songs such as Jump and Hot For Teacher.

Jump quickly grew to be one of the most favorited tracks in the UK as well, placing high on the charts.

The guitarist was also well known internationally for playing the guitar solo on Michael Jackson’s Beat It.

Van Halen popularized and refined the playing style referred to as the “two hand tap.” His influential playing revolutionized the way many artists played guitar in the 80s.

He was inducted into the Rock and Roll Hall of Fame in 2007 alongside R.E.M, Patti Smith, and many others.

Aside from his family members, many musicians took to social media to reflect on his influence and grieve the loss of the legendary guitar innovator.

“What s Long Great Trip It’s Been…” the band’s original singer, David Lee Roth wrote alongside a photo of the pair.