The right show their hypocrisy in the confirmation of Justice Barrett 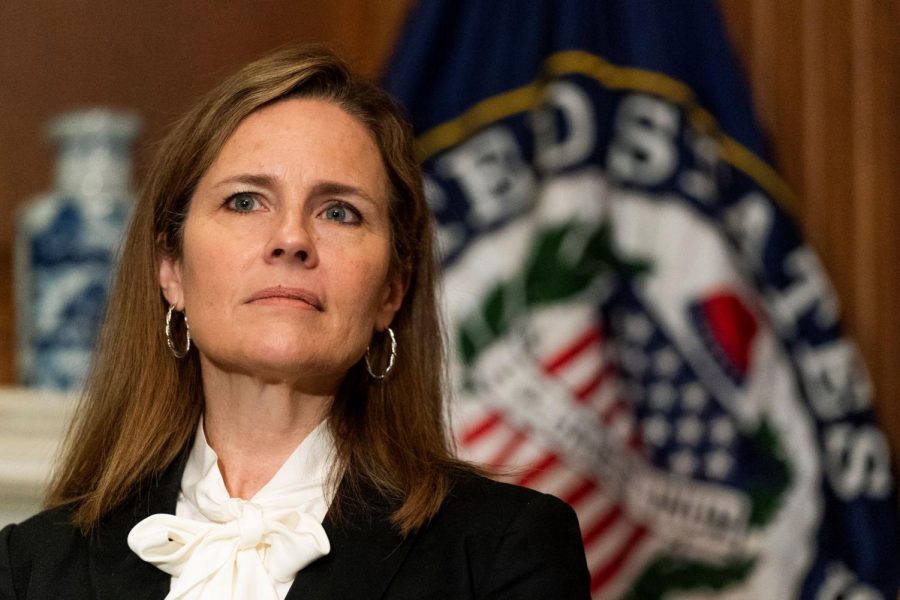 With the presidential election well underway, Republicans of the Senate have wasted no time in pushing their illegitimate confirmation process, raising Amy Coney Barrett from the U.S. Court of Appeals for the seventh circuit to the United States Supreme Court.

The hypocrisy from the right continues considering the GOP’s blocking of President Barack Obama’s nomination in 2016. After Justice Scalia’s unexpected death, Senate Republicans were quick to block nominee Merrick Garland from filling the vacancy as they claimed it was much too close to the 2016 Presidential Election. The former president had 10 months remaining in his term.

After the tragic passing of Justice Ruth Bader Ginsburg, President Trump did not hesitate in appointing a new individual to fill her vacancy. Amy Coney Barrett was confirmed just over a week before the 2020 election leading to two thirds of the bench sharing conservative beliefs.

On the 26th of October, the Senate voted 52-48 in favor of confirming the newly appointed justice.

Barrett has worked with Justice Scalia as his law clerk in the early years of her career and has said to share his originalist and texualist approach to interpreting the law. Scalia is revered for his conservative approaches to interpreting cases.

In 1987, Robert Bork was denied confirmation to the Supreme Court as many saw his originalist approach towards law to pose a serious threat to constitutional rights. Originalistic theory remains just as dangerous with its troublesome nature concerning the rights of the people.

The rights of the people should not be determined by the views and understandings of men who served centuries ago. Rulings based on this theory would cause major controversy and rightfully so.

The same Congress who voted in favor of the ratification of the 14th Amendment, that assured equal protection of the laws, also voted to segregate the District of Columbia public schools. Following originalistic ideals would indicate that the ruling of Brown v. Board of Education was incorrectly decided in its declaration of laws requiring segregation of schools unconstitutional.

This would also indicate that people who identify as female could not serve as President or Vice President of the United States as Article II refers to the holder of this position as a “he,” indubitably arguing that only men can hold a position of such power. However, women in positions of power are not automatically recognized as feminist heroes which can be seen with the vocalized ideals of Justice Barrett.

Despite the outrage of the seat being filled, Trump feels “she is one of our nation’s most brilliant legal scholars, and she will make an outstanding justice on the highest court in our land.”

Citing Judge Barrett’s prior academic writings and decisions from her time spent on the appeals court bench, the new justice could pose an immediate threat to the Affordable Care Act in the midst of a national health crisis, and that she would alter current abortion rights and other popular freedoms that Americans enjoy.

Trump has vowed to appoint Supreme Court justices that would overrule Roe v. Wade, the 1973 case that made abortions a constitutional right allowing for safe and legal abortions in the United States. Groups opposing abortion have championed the confirmation of  Justice Barrett.

When nominated to the appeals court in 2017, she said Roe was a settled precedent and the Supreme Court will not hear any direct challenges in the near future, preferring instead to hear cases that slowly chip away at these rights.

However, Justice Scalia has been clear in his opinion that abortion is not spoken about in the Constitution and it should be up to state legislature to determine the rights to an abortion in that state. This belief stemming from originalist beliefs it is likely Barrett will vote in a similar manner when hearing cases pertaining to this matter.

Overruling  a major precedent is not a small undertaking; however, Justice Barrett has made it clear that some precedents are worthy of more respect than others.

On November 10, roughly a week after Election Day, the Supreme Court began hearing arguments on the most recent challenge to the Affordable Care Act.

Since Chief Justice Roberts has joined the bench’s four-member liberal wing to strike down efforts to dismantle the law, the latest issue appeared to have little chance of being successful while Justice Ginsburg was alive. The confirmation of Justice Barrett creates uncertainty on this issue.

In a 2017 law review article written prior to joining the appeals court, Amy Coney Barrett was extremely critical of Chief Justice Roberts’s 2012 opinion upholding a central provision of the health care law.

“Chief Justice Roberts pushed the Affordable Care Act beyond its plausible meaning to save the statute,” she said.

A majority of the Supreme Court seems ready to uphold the Affordable Care Act’s quintessential  components in the midst of the latest challenge to the health care law presented by Republican-led states as well as the Trump administration.

Two key members of the Supreme Court, Chief Roberts and Justice Kavanaugh, agreed after two hours of teleconferencing that Congress’s decision in 2017 to zero-out the penalty for not purchasing health insurance did not indicate a desire to strike down the entirety of the law.

The Supreme Court has already ruled twice in favor of upholding Obamacare so it is likely that entire law will be dismantled. However with the court’s new addition of a conservative Justice, Chief Roberts no longer holds a position to offer a swing vote towards liberals.

Justice Barrett’s beliefs on the matter remain questionable however it is likely the legislation will remain intact.