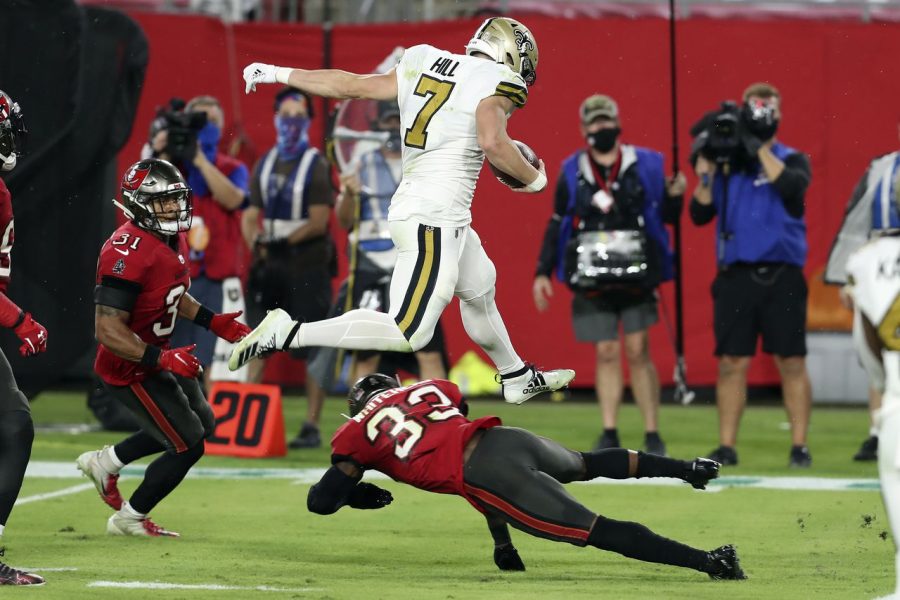 The NFL has had to make changes to their COVID-19 protocols including several teams having to cancel their games and play them on later dates due to their spike in Covid cases.

The Pittsburgh Steelers and the Baltimore Ravens were the most recent teams to be affected by this protocol after the Ravens reported multiple cases of COVID-19. The game was supposed to be played on Thanksgiving night in Pittsburgh. But due to the increase in cases the game was delayed to Sunday night then ultimately the two teams had to play on a Wednesday night.

According to CBS Sports, “Players and personnel wear mandatory proximity recording devices when at the club facility, during practices, and during team travel. Players also have them built into their equipment for use on-field in practice and games.” The league has also made new face shield masks for the players helmets but aren’t requiring players to wear them.

Teams coaches that haven’t worn masks have been fined a lot of money as well. The New Orleans Saints defeated the Tampa Bay Buccaneers and after the game the team was caught on video dancing without masks on and were fined $500,000 dollars and lost a draft pick.

“I think that the league is doing the best they possibly can and they’re handling it pretty well,” said Mr. Barton, an NHS teacher and NFL fan.

In response to whether the NFL will travel or do a bubble-like location similar to the NBA he said, “I don’t think so I think they might take a break after the season is over to give the players a break so they can get ready for the playoffs and be COVID free but I think they’ll just play it out” he replied.

Even though this season and year has been unlike any other season and sometimes the players have made it worse by not following protocol, the league is doing the best they can and have a lot of brave people doing hard work everyday. Between testing players and keeping the players healthy and as safe as possible is truly inspiring to the fans of pro football because many thought there wouldn’t be football and the people doing all the dirty work have made that possible.

“I think the NFL season is going well overall in spite of all the obstacles presented by COVID-19. COVID-19 is a virus like the flu or the common cold. It is hard to stop the spread, all we can do is take the necessary precautions and keep living,” said Mr. Ollie Gray, the NHS football coach. said.

Overall the NFL is doing a good job with containing the virus the best as they can. As a very big football fan, I’m very grateful for the sacrifices people have had to make this year altogether and appreciate the players putting a lot of effort and time into this season to protect each other and their families.