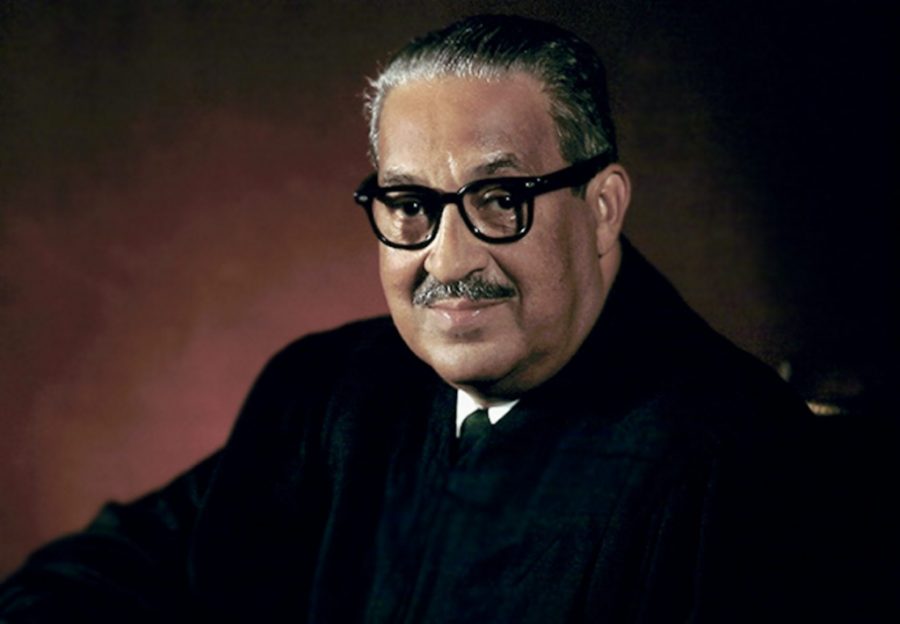 In honor of Black History Month, we are celebrating successful modern African-Americans as well as pioneers who set the scene for Black excellence. Thurgood Marshall was the Supreme Court’s first African- American Justice. Before ascending to the Supreme Court, Marshall used his legal expertise to combat racial discrimination and widespread segregation.

In the famous case of Brown v. Board of Education which desegregated schools, Marshall was the lawyer that defended Brown. In the previous ruling of Plessy v. Ferguson, the Supreme Court ruled that separate facilities were constitutional as long as they were equal, this became known as the separate but equal doctrine. In the landmark case of Brown v. Board of Education, the United States Supreme Court unanimously ruled that racial segregation of public schools was unconstitutional, overturning Plessy v. Ferguson.

Thurgood Marshall was born on July 2, 1908, in Baltimore Maryland. His grandfather was a slave who gained freedom by escaping to the North during the Civil War. His parents were an elementary school teacher and a country club steward. Marshall’s parents placed an emphasis on education, always encouraging Marshall to think and learn. Whenever he got into trouble at school, his parents forced him to memorize sections of the U.S. Constitution. This form of punishment would greatly benefit him later in his legal career.

In 1930, Marshall was denied admission to the University of Maryland Law School because he was black. He had to commute to one of the most famous historically black colleges, Howard University School of Law, in Washington, D.C.

At Howard University, Charles Houston, Marshall’s mentor and law school professor, instilled in him the desire to apply the U.S. Constitution to all Americans, especially African Americans. A few years after his graduation from Howard, Marshall began practicing law in Baltimore. In one of his first cases, he took the University of Maryland Law School to court on behalf of Donald Murray and won the case. Murray became the first black student at the university since the 1890s.

In 1938 Marshall joined the legal staff of the National Association for the Advancement of Colored People. As counsel for the NAACP, Marshall won 29 out of 32 U.S. Supreme Court cases from 1938 to 1961. He became known as the country’s greatest civil rights lawyer of the twentieth century.

Today, Marshall is still only one of two Black Justices and the only one that has been progressive because Clarence Thomas is very right-wing.  He continues to inspire Black law students, lawyers, and judges. Vice President Harris took her oath on his bible. He has left an amazing legacy.