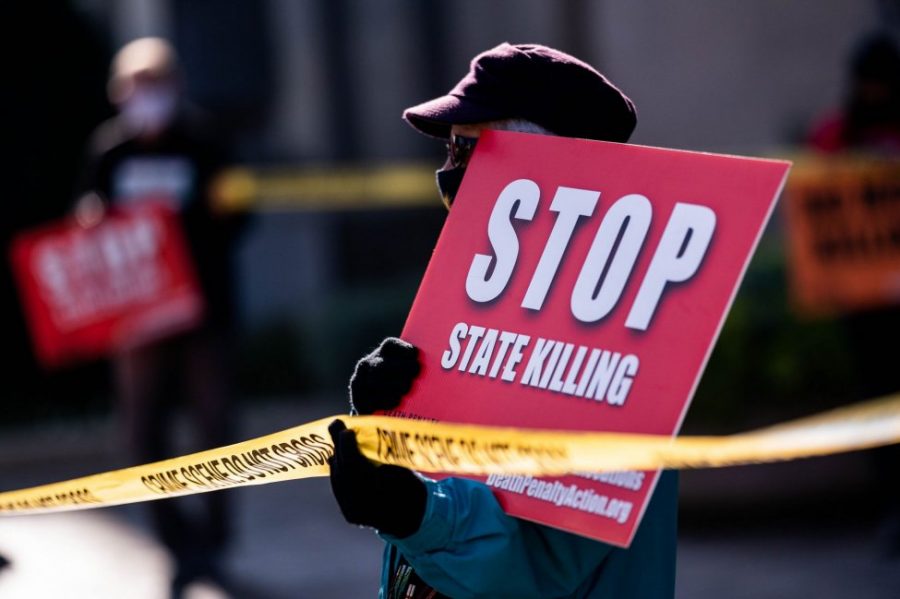 Sabrina Smith and Ronnie Bridgeman, known as Ajamu, both were wrongfully convicted and accused of murders when they were only 17. Sabrina Smith was only 17 when an all White Mississippi jury convicted her of beating her 9-month old son in 1989. Ajamu, also at the age of 17, went from a juvenile facility to death row for the 1975 murder of Harold Franks, in Cincinnati, Ohio.

With no evidence she killed her own son, Smith served six years in prison, including three years on death row.

Eyewitness and medical examination of 9-month old son revealed Smith’s baby died from a kidney disease, not a murder.

Smith’s case symbolizes the inequality and larger issues of the criminal justice system for Black and Brown people. During Smith’s case, she was sitting on death row for almost three years before she even got granted a new trial to clear her name.

Ajamu has a similar case. At the age of 17 he faced death row where he was sentenced to die a month before his 18th birthday.

Now 63, Ajamu still remembers the horrors of being in jail where he spent most of his life. He never stopped giving up hope of being released one day.

“I was fortunate enough not to be there when someone was executed … capital punishment is the worst thing we can do to each other as human beings,” said Ajamu during his three years on death row.

According to CNN, “Ajamu has questioned why the justice system, in Ohio at least, has sought the death penalty for more people of color than White people.”

During his campaign Biden pledged he wanted to reform the new criminal justice system to make it fair, including the death penalty. He wants to make sure everyone gets equal treatment in order to eliminate racial disparities and ensure fair sentences.

While Smith and Ajamu are free today after serving many weeks, days and even years in jail for something they never did, no one should have to face time in jail or be accused because of their color of skin.

For this exact reason, the state of Virginia decided to overturn the legality of capital punishment. They may be the first in the South to abolish death penalty and abandon legalized lynching. Their move toward abolition is seen as a landmark event because of the state’s history.

During the Senate vote, in order to repeal the death penalty, a poll showed support was strongest among Democrats (74%), Black voters (72%), and people under 45 (62%) while more than one-third of Republican respondents (36%) said they supported the measure.

The official punishment was abolished on March 24, 2021, when Governor Ralph Northam signed a bill into law.

Although these actions are helping to lead to a more fair system in the country, many people to this day, are facing jail time when they are truly innocent. Many hope the criminal justice system will be fixed and fair to those who deserve it, especially when the largest racial group of inmates who have been killed is African-American.