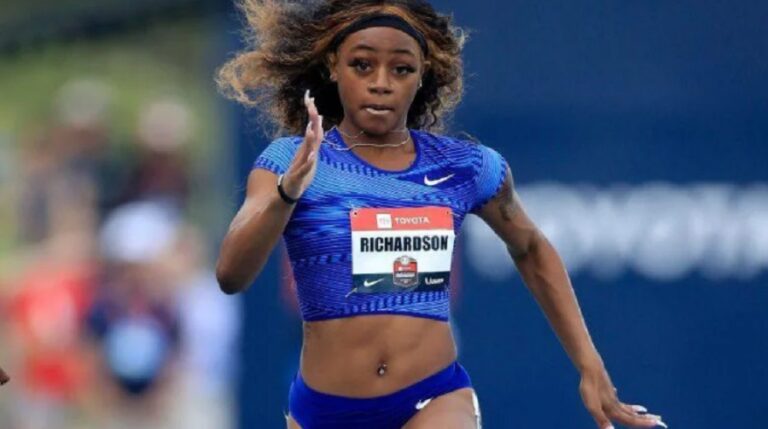 The Olympics seemed to be rather underwhelming this year, due to having no fans in attendance in addition to losing Usain Bolt and Michael Phelps to retirement.  It sure didn’t help that one of the USA women’s brightest stars, Sha’Carri Richardson was pulled from the games after testing positive for having marijuana in her system, which sparked a big debate on whether something like this should lead to disqualification.

The news broke on July 2nd that Richardson had been disqualified from the Olympics after her positive marijuana test, which was something that many were shocked to hear about.  While some agreed with the decision, others shared a different sentiment.

One group claims that it was in the rule book and that Richardson knew the risk she was taking by smoking marijuana during the time frame in which she could possibly be tested.  However, many felt that it was extreme and unfair to remove her for using a substance that is within legal limits and does not enhance her running performance.

A prime example of this ideology comes from Cameron Jacobs, a runner and fan alike.

“I personally think that the rule is very unfair,” said Jacobs when reflecting on Richardson’s disqualification.

“She could not compete because she legally used cannabis in her state?  I found that extremely disappointing.”

I feel that this ban was stupid, and that there is no way that one of the world’s best runners should kept of for something that is not performance enhancing.  While I understand that the rule is to satisfy the international standards set by different countries due to their feelings about the drug, this is still a rule that needs to be more looked into, and perhaps adapted, especially with many countries, including the USA, changing their tune of the drug.

Regardless of how anyone felt, the 2004 ban was enforced, and the Olympics went on without her.  It’s safe to say that the USA missed her on the track.

In the end, the Jamaican women would utterly dominate the 100m. They captured all three medals as well as an Olympic record thanks to Elaine Thompson-Hera, who ran a 10.61.

Had Richardson been able to compete, she may very well have added some hardware to the USA’s trophy case, as her personal best of 10.72 would have earned her a silver medal at these games.

Nevertheless, the Olympics came and went and everyone moved on from the early summer controversy.  Then came the Prefontaine Classic, where Richardson would compete against the gold medalist and olympic record holder, hoping to cement her elite status on the track.

Unfortunately, race day did not swing in her favor.  She finished last in the heat, clocking in at a rather disappointing 11.14 seconds, one of her worse races to date.  This disappointing finish did not persuade her away from a fiery post race interview with NBC.

“I wasn’t able to come and perform having a month off, dealing with all I was dealing with,” Richardson exclaimed during the conference, “I’m not upset with myself at all. This is one race. I’m not done. You know what I’m capable of. Count me out if you want to. Talk all the s–t you want because I’m here to stay. I’m the sixth-fastest woman in these games and no one can ever take that from me.”

It certainly makes sense that Richardson might have taken a small step back after being kept out of the Olympics and losing her training partners for weeks and weeks.

It is clear that she still exudes the same confidence that she had before the whole debacle took place this summer, and will no doubt work hard to remedy her shortcomings.  As she said, she holds the sixth fastest women’s 100m time in history, and in my mind, she will be one of the sport’s elite athletes for years to come.