Texas now has the loosest gun control laws in the country 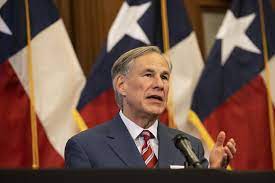 The Second Amendment has been a controversial topic for a very long time, and, last Wednesday, Texas added fuel to the fire when governor Greg Abbott signed a new law that allows anyone over the age of 21 to carry a handgun.

Now this is not necessary.

Anyone can carry a handgun in Texas without a background check, training, or a license. This new law has its supporters and its critics. Although some may argue that this law is fair to gun owners, research shows that this law has a high chance of increasing violence in Texas.

CNN reported that “the number of shootings in Texas, not including suicides, increased 14% this year with roughly 3,200 shootings compared to the same period in 2020 which recorded roughly 2,800 shootings.”

If the number of shootings were increased without this new law being implemented, the amount will rise even more now that anyone who is 21 can just buy and carry a gun; no experience required.

AP Government teacher Nicholas Varanelli shared his thoughts on whether the violence rate will increase.

“I certainly hope that they do not go up but that is certainly a possibility,” Varanelli shared. “ I believe that if Texas hands down strong punishments for illegal gun possession, offers help for those that need it and crack down on gun related crime, hopefully they won’t see an increase.”

This new law has Texas’s law enforcement worried as they think it will make their job more dangerous. Some officers fear that removing the requirements to carry handguns could increase crime rates while putting officers and residents at risk.

Dallas Police Chief Eddie Garcia said that now that people can openly carry firearms, it has made it harder for officers to differentiate a “good guy with a gun from a bad guy with a gun.”

Executive Director of the Texas Municipal Police Association, Kevin Lawrence, shared his opinion to The Texas Tribune on the new law. “When it comes down to it, it’s just a sense of disappointment that the bill ultimately was passed.”

Greg Abbot has a different opinion on “constitutional carry” as he believes that this new law wasn’t just to protect gun rights, but to also sign documents that “instilled freedom in the Lone Star State.”

Recent events in the state have pushed gun leniency to the front of the political docket. CNN reported that “Mass shootings in 2019 at a Walmart El Paso and in a shooting spree around Midland and Odessa left 30 people dead and dozens wounded.” These events prompted Abbott and Lt. Gov. Dan Patrick to briefly consider a gun control proposal that would make it more difficult for Texans to purchase firearms, but that did not go far as Abbott stressed the need to “erect a complete barrier against any government official anywhere from treading on gun rights in Texas.”

There is no doubt that this new gun law will affect Texas, and possibly badly. There is a reason why gun restrictions exist, and that is because there have been too many guns that ended up in the wrong hands. The ones who purchase guns should be experienced and mature, and hopefully the one’s purchasing guns in Texas without a permit can live up to that expectation.