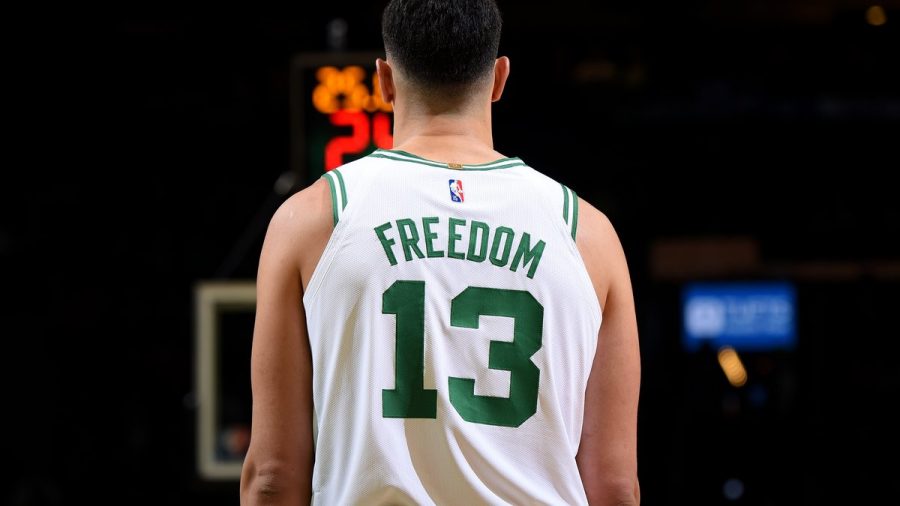 The NBA is the most viewed sports league in China.

With over 500 million fans and a market worth nearly $6 billion, it is one of the most profitable countries for the league in terms of viewership.

However, with the league’s popularity comes the government censorship that comes with Chinese television.

The NBA, which has a long history of championing racial & gender equality, has bowed to the feet of the Chinese Communist Party when it comes to speaking on Chinese human rights issues.

And recently, Enes Kanter has grown sick of that.

Kanter, who is a center for the Boston Celtics, has taken to Twitter and has slammed the CCP for their human rights abuses, as well as the NBA for remaining silent on it.

On October 20th, 2021, Kanter released a video on his twitter calling out Chinese President Xi Jinping on their suppression and destruction of the Tibetan people, culture and religion.

He titled this video: “Dear Brutal Dictator Xi Jinping and the Chinese Government, Tibet belongs to the Tibetan people!”

The video went viral instantly, as it is considered near suicide for NBA players and coaches to voice any negative opionions on the Chinese Government, and that is not an exaggeration.

For example, in October 2019, Houston Rockets general manager Daryl Morey was forced by the league to resign from his position amidst ire from front office officials being blackballed by the CCP.

This was the first example where the NBA community saw the full extent of grip that the Chinese had on the league office and was met with extreme distaste by American fans.

Fans of Kanter were worried that his protests would find him without a job, but surprisingly the league is yet to discipline him.

After the tweets went viral, the Chinese Government banned any Celtics games from being broadcasted in the country, but it was not enough to stop Kanter from continuing his tirade.

Nike, who is one of the NBA’s biggest sponsors, has come under fire in the past for their use of sweatshops and poor working conditions in their Asian factories.

And his activism is not going unnoticed.

After offering his support for the Taiwanese people in their fight against the CCP, the Taiwanese president publicly thanked Kanter saying, “Thank you for standing with Taiwan & standing up for democracy.”

With these actions, Kanter has become the face of activism in the NBA, and, on November 30th, he took his dedication to the next level by becoming a United States citizen, and changing his name to Enes Kanter Freedom.

Now, every time he steps onto the basketball court, Freedom is proudly displayed on the back of his jersey, conveying his message during every game.

The future of Kanter’s career is uncertain as he continues to call out injustices both on and off the court, but one thing is certain, he won’t be stopping any time soon.