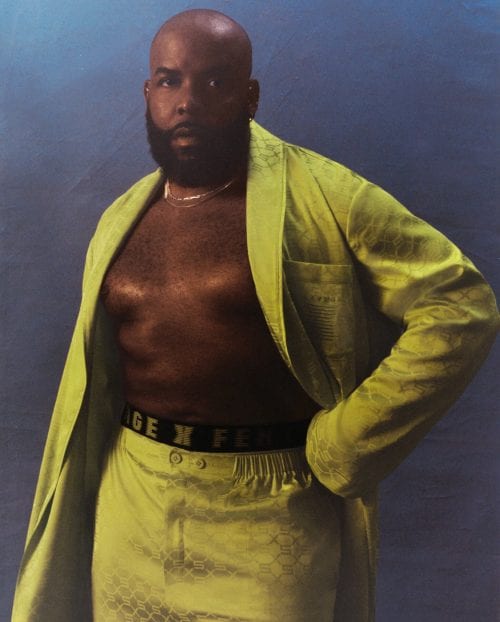 Savage X Fenty is a lingerie brand founded by Robyn Rihanna Fenty (Rihanna) and is a brand that “celebrates fearlessness, confidence and inclusivity,” (Savage X Fenty Website). The brand sells lingerie, along with sleepwear and loungewear for all genders, sizes, and backgrounds.

Savage X Fenty was founded in May of 2018, the year right after Victoria’s Secret’s sales were decreasing. Customers were complaining about the lack of inclusivity in Victoria’s Secret, such as their posters, mannequins, and Angels.

2018 also marks the year when Ed Razek, former Chief Marketing Officer for L Brands and developer of the Victoria’s Secret Angels/Show, made transphobic and derogatory comments towards transgender and plus-size models.

In an interview with Vogue, Razek said that he didn’t think the show should feature “transsexuals” because the show is a ‘fantasy.”

“It’s a 42-minute entertainment special. That’s what it is,” he said in the interview.

Razek also bluntly said in the interview that they “attempted to do a television special for plus sizes [in 2000]” and that “no one had any interest in it,” and still don’t.

These comments differ from the beliefs of Savage X Fenty, as they believe anyone and everyone deserves to wear their lingerie and model in their shows.

Savage X Fenty’s models are very diverse as the show includes models of different ethnicities, different sizes, and differently abled models. The show even included a pregnant model and a pregnant dancer.

Rihanna has said that her shows are not just about the lingerie, but about representation.

Rihanna has also said that she wanted men to be able to see themselves in her lingerie collection —  not just men with six-packs, but men of all sizes. She said that she feels men are often overlooked when it comes to inclusion, and she wanted to change that.

The inclusion of men is a key factor that also sets Savage X Fenty apart from Victoria’s Secret, along with the other factors of inclusion.

Victoria’s Secret has now been attempting to push a new image of their brand, and that is great, but they are a bit too late. Diversity and inclusion was needed when the brand started.

Savage X Fenty pushed boundaries from the get-go. Rihanna has always put diversity as her priority as shown with not just her lingerie line, but with her other Fenty lines as well.

With Rihanna makeup line “Fenty Beauty,” she changed the standard on how many foundation shades a makeup brand should have.

Oftentimes, makeup brands have more of a variety of shades for light skintones, and fail to include shades for darker skin tones. Brands like YSL have been called out for having 22 foundation shades and more than half of them being catered to lighter skin tones.

With Fenty Beauty, Rihanna included 50 different shades, and not one skin tone has more shades than the other. The foundation caters to everyone.

Rihanna is a celebrity like no other. She is not afraid to speak her mind and bring attention to the issues that need to be brought to light. She has constantly raised the bar and proved that celebrities can be philanthropic. With her donations of millions of dollars to help coronavirus relief to being an advocate for LGBTQIA+ rights, children education, racism and diversity, she truly is a hero.