Gambling in sports has a dark history 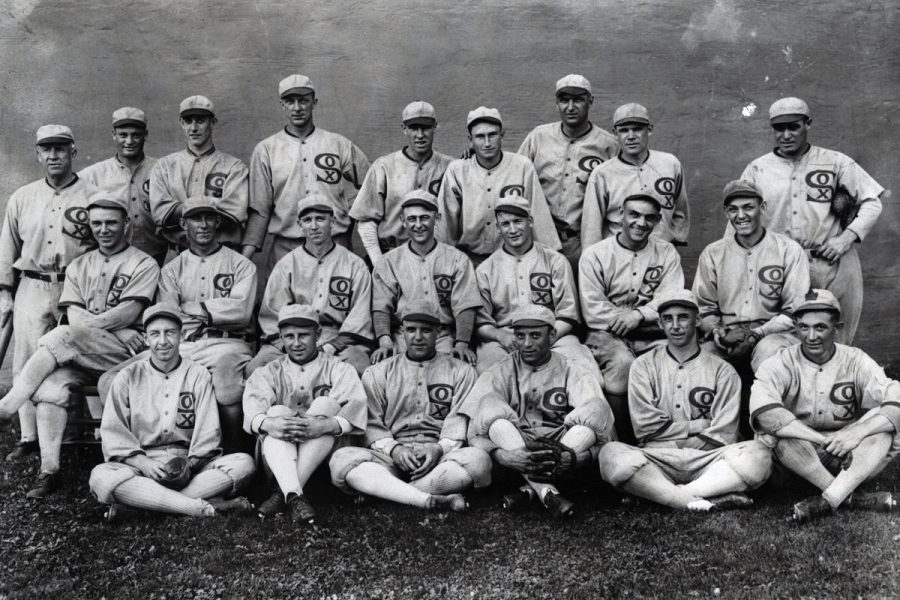 May 31, 2002.  Game 6.  Lakers.  Kings.  Western Conference Finals.  The Lakers are seeking their third title in a row, becoming the third franchise in NBA history to complete the feat.  The Kings, on the other hand, had the best record in the NBA, and their eyes were set on dethroning last year’s champs.  To advance to the finals and win would be their first title in 51 years, and second ever.  Unfortunately for Sacramento, the men in grey and black had their own agenda, and needless to say, it wasn’t in the King’s favor.

Gambling in sports wasn’t something that was considered foreign in the early 2000s. People made their assumptions, and considered that a little bit of gambling from the inside was inevitable.  Controversies had popped up in all sports, from the Chicago Blacksox scandal in the 1919 World Series, to the conspiracy theories that Michael Jordan’s hiatus from the NBA in 1994 was due to gambling investigations.  However, no one thought that gambling from the inside was running rampant through the inside of leagues, meaning the majority of players and officials.  The Tim Donaghy NBA betting scandals would rock the sports world, and bring every game that had ever been called into question.  Were their refs trying to change the outcome of this game?  How about that one?  Paranoia was at an all time high.

Though Donaghy pled guilty to two gambling counts, the FBI investigation found no evidence that bets he made on games he officiated were swayed by his calls on the court.  This was later called into question again by ESPN writer Soctt Eden, who found that Donaghy’s calls favored the team with more betting dollars 23 out of 30 times, which is an imbalance with odds of 6,155 to 1.

This paranoia brought people’s eyes to the 2002 Western Conference Finals.  The calls were so bad in the fourth quarter.  Kobe Bryant had elbowed Mike Bibby in the face, and officials let play continue.  Eighteen more free throws for the betting favorites.  It all seemed to point to corruption by the officials.

If the 2007 investigations had taught us anything, it’s that there had been multiple officials involved in corruption, and that those officials from 2002 very well may have been a part of it.

Then, Donaghy, who had nothing to lose, aired out the information everyone was longing for.  A document submitted by the Donaghy’s attorney that detailed the following:

“Referees A, F and G were officiating a playoff series between Teams 5 and 6 in May of 2002. It was the sixth game of a seven-game series, and a Team 5 victory that night would have ended the series. However, Tim learned from Referee A that Referees A and F wanted to extend the series to seven games. Tim knew referees A and F to be ‘company men,’ always acting in the interest of the NBA, and that night, it was in the NBA’s interest to add another game to the series. Referees A and F heavily favored Team 6. Personal fouls [resulting in obviously injured players] were ignored even when they occurred in full view of the referees. Conversely, the referees called made-up fouls on Team 5 in order to give additional free throw opportunities for Team 6. Their foul-calling also led to the ejection of two Team 5 players. The referees’ favoring of Team 6 led to that team’s victory that night, and Team 6 came back from behind to win that series.”

There it was.  Someone from the inside had opened the door and let everyone see that the corruption was real, and that it was long standing.  The NBA’s commissioner David now had a ginormous mess to clean up.  They had to make moves that showed change in the way things were run, and he had to earn back the trust of the players, coaches, organizations, and fans.  Millions needed to be convinced of the NBA’s legitimacy.  For some, trust would never return to the once beloved association.  But that’s what happens with illegal gambling.  Someone slips up, and the whole world crumbles around them.  It can ruin everything.