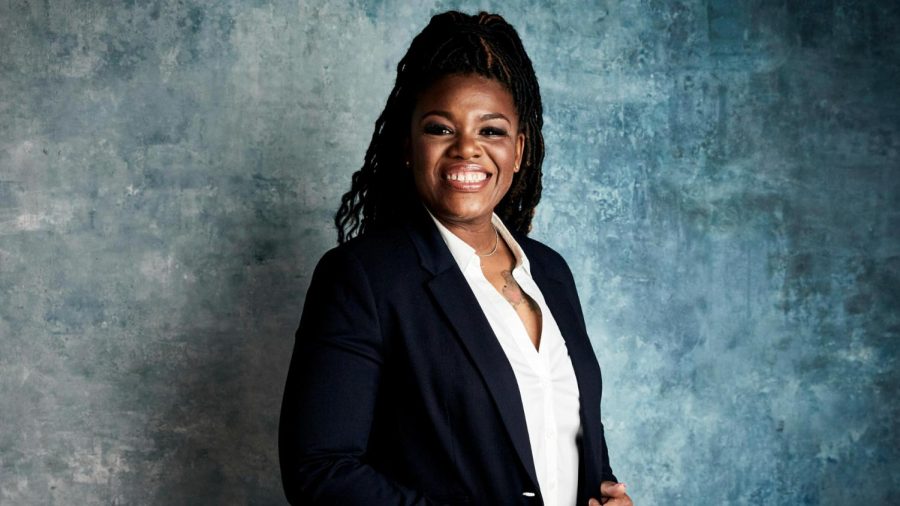 Cori Bush is one of the many people that made history during this 2020 election. Along with Kamala Harris, Cori Bush is creating new opportunities for young women in America.

After a fierce battle to represent Missouri in the United States congress, she is what America needs to ensure justice and equality for all people that have lost.

She still has many challenges ahead such as the continuous fight for impartiality in America. She plans to have a voice for those who were affected by racial injustice.

“Working class people need representatives who look like them and who have experienced their struggles. I am that champion,” Cori Bush wrote on twitter.

America is in desperate need of a congresswoman that understands the struggle of racial injustice within people of color.

On November 12, Cori Bush wore a Breonna Taylor mask to an orientation for new members of congress. She was shocked when some of her Republican colleagues mistakenly called her Breonna Taylor. They were unaware that Taylor was murdered eight months ago and still has not received the justice she deserves.

Many Americans are blind when it comes to the subject of racial injustice. It’s preposterous that America chose representatives that are oblivious to the unfair convictions happening in the black community.

“This has been national news for a long time,” she said in an interview.

To represent a state means to represent everyone in that state, not just a select few. America should be excited to have a representative in congress that stands for all people of any color.  She has a plan to fix our over-incarcerated justice system.

“I’m excited to see what she does for America. She was once just another black woman fighting for her rights in America, desperate to be heard. Now she has the power to fight for not only herself, but other women in America.” says a student in Naugatuck High School.

Everyone should be supporting Cori Bush. She is not fighting to make the black community superior to other races. She knows what it feels like to be misjudged and mistreated by people who think the color of skin is a personality trait.

Cori Bush has a plan to work on our over- incarcerated justice system and our under-educated education system, according to her website.

This is crucial for America. Too many people have died because of our corrupt justice system. Mainly because lots of schools fail to educate their students on the lack of integrity within the justice system.

She also plans to influence the rights of the LGBTQ+ community by ending gay panic and transgender murder excuse, developing a LGBTQ+ inclusive public education and guarantee transgender affirming healthcare, according to her website. She wants to fight for people who are mistreated and abused due to their sexual orientation.

I spoke to another student who is apart of the LBGTQ+ community about Cori Bush’s plans for LGBTQ equality and they were very hopeful and optimistic for the future.

“I love seeing America elect more and more people that care for the human rights of all people. I think America has come a long way but, we still have lots of work to do. I think Cori Bush is an excellent addition to congress.” Another student in Naugatuck High School says.

Cori Bush will face many challenges and find herself in disagreements with her colleagues. Unfortunately, some of these arguments will be due to the color of her skin and even her gender, she already has. However, with all of the support from the black community and the LGBTQ community, Cori Bush is destined for greatness.