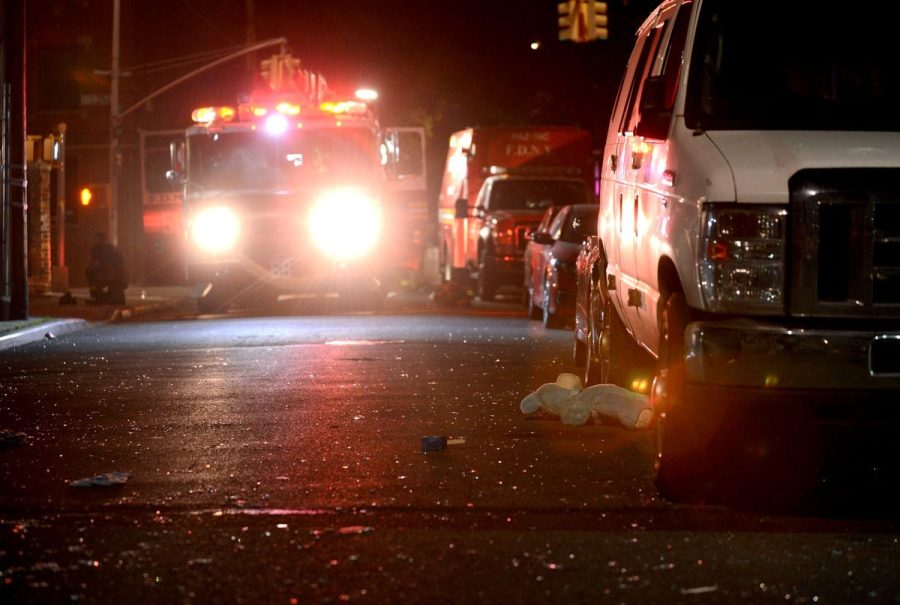 On Sunday, the Twin Parks Towers located in the Bronx filled with smoke and the ensuing fire ended the lives of 17 individuals the cause remains unknown.

The identities of the individuals have not yet been identified but according to authorities 7 were children (4 year old girl, two five year old girls, 6 year old boy, and a 12 year old boy).

There were a total of 44 injuries which include 13 individuals that are said to be “clinging to their lives,” according to ABC7 news.

“The blaze grew to five alarms and sent at least 30 survivors to the hospital. A second open door most likely allowed deadly smoke to spread through the building,” stated New York Fire Commissioner Dan Nigro.

Approximately 200 firefighters were sent out to battle the fire that started on the third floor of the 19-story Twin Parks North West apartment buildings.

Mayor Adams stated that “There have been no major building violations or complaints listed against the building, Past minor violations were rectified by the property, and no structural violations were listed.”

Due to this incident, many politicians demanded that Congress proposed some new regulations regarding privately-run housing complexes.

According to the New York Post “The new rule would require landlords to install temperature monitors in buildings where tenants receive housing vouchers to ensure that apartments are receiving the required amounts of heat.”

City building records displayed that there have been several violations within that Bronx building over the years and some blame the current owners. Lack of heating at the Bronx tower has been one complaint by several residents.

The violations that have occurred were for missing glass pane in a fire door on the 19th story, lead-based pain, cockroach infestations, and mold.

FDNY officials claimed that the initial cause of the fire was a space heater located in a third floor apartment as well as several self closing doors that were poorly manufactured and allowed the building to be quickly filled with smoke quick to fll the building up with smoke.

“This was a totally preventable tragedy,” said Robert Vilensky, a lawyer of the tenants.

A spokeswomen for the building’s owners made a statement complaining that many of the residents would smoke in the hallways that would often trigger the fire alarms.

Now the building’s fire alarms as well as there self closing doors are being investigated and officials are claiming this to be the second major deadly fire in a week, according to CNN.

Daisy Mitchell, a 10th floor resident who had recently moved into the building told CNN that her husband was the one who had first noticed the fire.

“The alarm was going off for a while so I didn’t pay it no mind,” Mitchell said.

Karen DeJesus who also lives on the 10th floor stated, “So many of us were used to hearing that fire alarm go off so it was like second nature to us,” she said. “Not until I actually seen the smoke coming in the door, I realized it was a real fire and I heard people yelling help, help, help.”