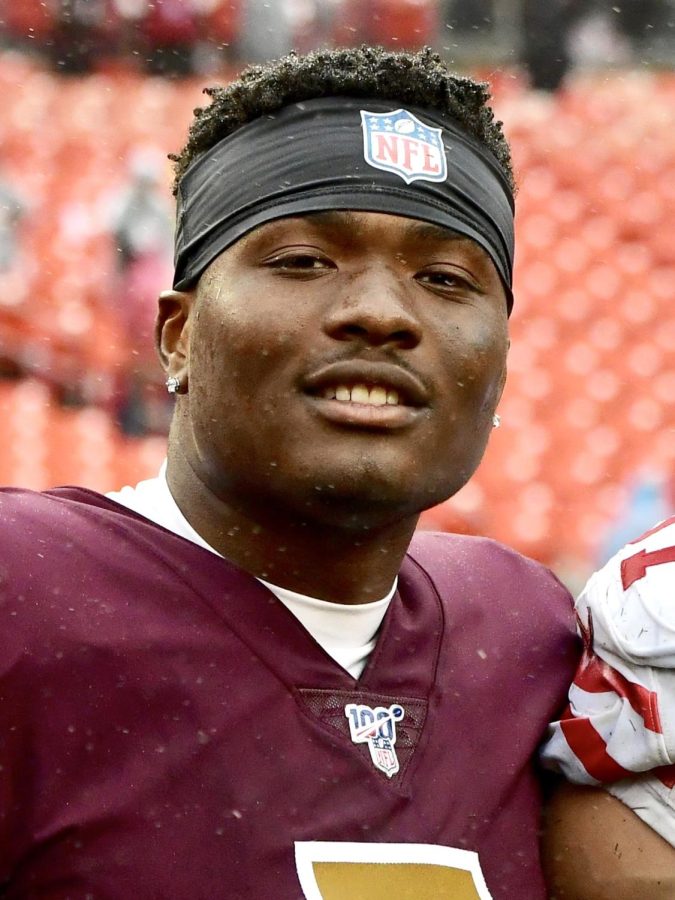 Tragically last Saturday morning as young NFL quarterback, and Ohio State football star Dwayne Haskins passed away at the age of 24 during a traffic incident on a highway outside of Fort Lauderdale, Florida.

911 calls were released by local authorities from Kalabrya Haskins, Dwayne’s wife, where she then found out about her husband’s incident.

“My husband, he was stuck on the side of the highway. He had to go walk and get gas and then he said he was returning to the car on the highway. We were on the phone, he said he would call me back after he finished putting the gas in and I kept calling and kept calling. He wouldn’t answer…I had his location and I just want somebody to go to the area and see if his car is there,” Kalabrya Haskins cried in the released 911 call..

It was then that she found out that it was Dwayne Haskins.

“Was he walking on 595?” the emergency dispatcher then asked. “I don’t want you to panic but I’m going to be honest with you. We do have an incident on the highway, but I can’t confirm if that’s your husband or not.”

Haskins was training with wide receivers and running backs on his new team in South Florida when his car ran out of gas on Interstate 595. Haskins pulled to the side of the road, and when he got out, he was struck by a dump truck while attempting to cross the highway.

The death of the young football star came as a surprise to friends, family, and teammates after Steelers’ head coach Mike Tomlin announced the death of the QB on Saturday.

“I am devastated and at a loss for words with the unfortunate passing of Dwayne Haskins,” Mike Tomlin said in a press release. “He quickly became part of our Steelers family upon his arrival in Pittsburgh and was one of our hardest workers, both on the field and in our community. Dwayne was a great teammate, but even more so a tremendous friend to so many. I am truly heartbroken.”

Dwayne Haskins was a standout in his senior season at Ohio State University and went on to be drafted with the 15th pick of the 1st round to the Washington Commanders. Although his time in Washington was underwhelming, he carried a strong work ethic along with very good potential. The Steelers were very excited for his anticipated debut in Pittsburgh and were looking to transform the young star into a potential starting quarterback option.

Haskins is leaving a massive legacy from his lone season as a starter at Ohio State, leading them to a Big 10 championship along with a Rose Bowl win. He was also named as the Big 10 Conference player of the year and quarterback of the year. He broke the record books in his 2018 season leaving a footprint that may never be filled.

The Haskins family will hold two memorial services; one being in his hometown in Maryland, and the other in New Jersey where he was born. There is also another memorial planned in Pittsburgh set for this Friday.  Haskins will be missed by many, and this passing reminds the sports world of how tragic life really is, and how even the greatest athletes in the world are human too.