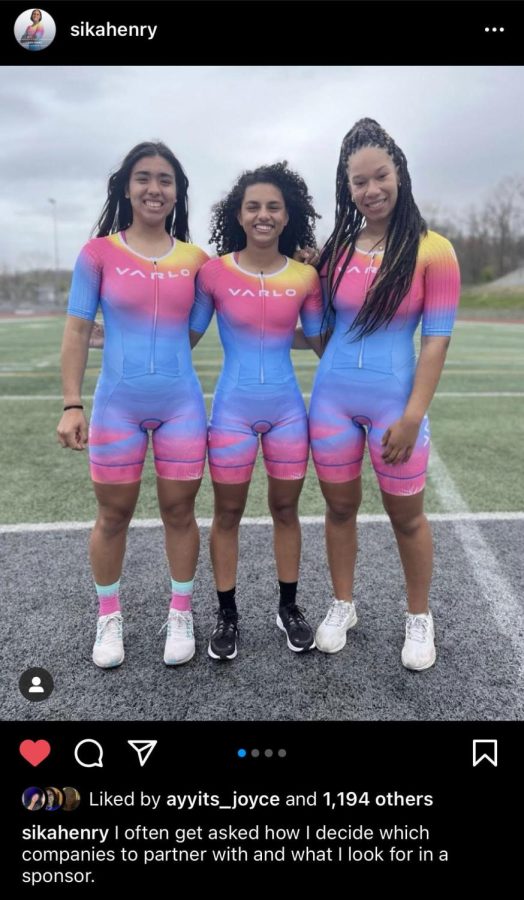 Since the 1970’s, triathlons have been a vigorous sport that most shy away from. Due to the diligent training and the incredible skill it requires, many have turned triathlons into a bucket list item. However, professional triathlete, Sika Henry, was not afraid to turn her passion into a career.

Recognized as the first African American woman to become a pro triathlete, her interest sparked from a story her grandfather told her when she was young. Her paternal grandfather was a track and field athlete as well as a football player in the 1920’s. Due to segregation, he was barred from playing in the NFL and pursued a career as a jazz musician instead. Henry uses this memory as motivation in her journey as a triathlete.

In 2021, just 13.3% of annual triathlon members were people of color and just 2% were Black or African American, according to The New York Times. This is due to the lack of access that people of color face in minority communities. There is a lack of bike trails, community parks and lap pools that are needed for training. At the professional level, the need for diversity is even greater.

However, in September of 2021, Sika Henry became the first Black female professional triathlete.

Although Henry has become a landmark in the triathlon community, the journey to get there was not easy. In April of 2019, she had a horrific bike accident. During the bike portion of a 70.3 mile triathlon, she slid in asphalt and caused severe scarring to her face. She received 40 stitches to her face and lost the ability to eat solid foods for a month. “I thought I was done for good.” Sika Henry says in her blog. However, by September of that same year, she was back on the starting line working for her pro card.

After a hard breakup in 2013, she signed up for her first sprint triathlon. She had no prior experience with long distance running, but little did she know, it would become a big part of her life. She bought a mountain bike and swim suit and fell in love with triathlons.

In April 2022, she was inducted into the Hall of Fame for National Black Distance Running. Today she remains an inspiration for young black female triathletes all around the country.

Her main goal was to be the first black woman to be recognized as a professional triathlete. Even so, her overall goal was to ultimately change the “status quo” behind triathlons and influence others to join the sport. In January 2022, she took a local triathlon team under her wing. Learning about them through social media, she introduced them to many of her sponsors and gave them many beneficial tips on how to finish their first triathlon.

“I learned a valuable lesson from my crash back in 2019- that sports can be taken away from you in a heartbeat so you better find something you’re equally passionate about. For me, that’s partnering with companies that want to give back, grow the sport, and make it more accessible to others.” She said in an Instagram post about the Naugatuck Triathlon Team. She takes enormous pride in being a role model in her sport and showing young athletes that through any hardships, there is always a way to work your way back. “I couldn’t just quit,” Henry told The New York Times, “What kind of role model would I be if I just gave up the second thing that got really bad or really hard?”

As a member of the Naugatuck Triathlon Team, Sika has become a role model of mine in a short span of time. She gave my team and I a countless amount of advice and encouragement to get through our first triathlon. After consulting with her and informing her of our day to day training, her belief in us left us very assured that this was going to be a positive experience for all of us. Through Sika, we were connected to many different companies that helped us with the expensive equipment that the sport requires. We can’t thank Sika Henry enough for believing in our initiative and inspiring us to sign up for the first of many triathlons.

Now, Sika Henry continues to show the world her life as a professional athlete and encourages athletes to make a change in their own sport. As an athlete and a human being, Sika Henry is an extraordinary role model and a key component to the future of triathlons.